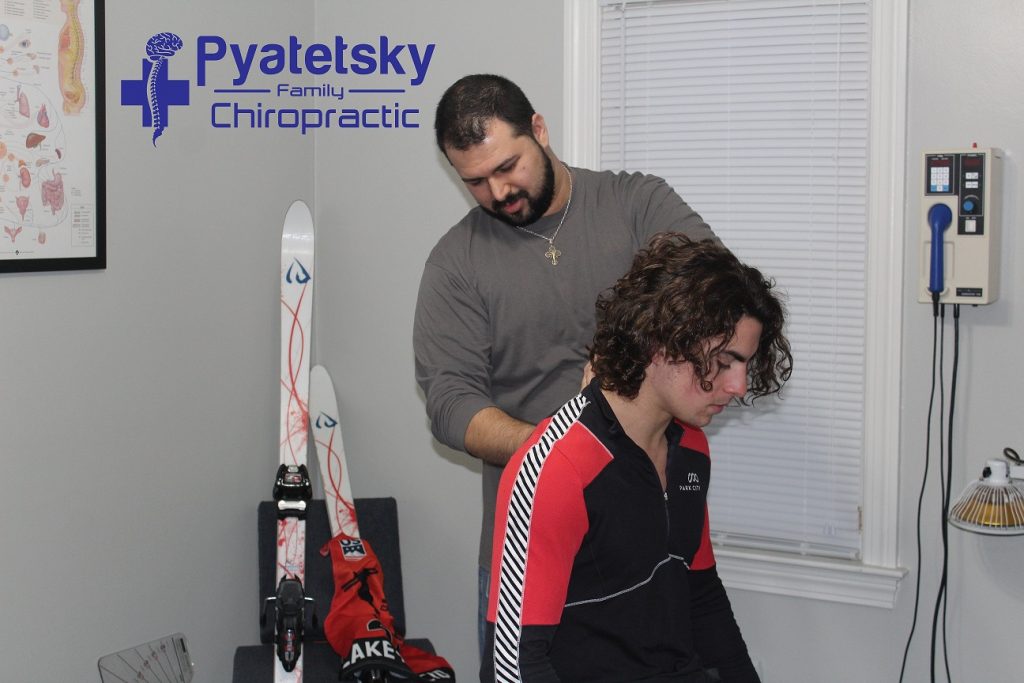 Dr. Anton Pyatetsky knows a thing or two about injuries. As a chiropractor in Hermitage, Pennsylvania, he’s seen a multitude of people with variety of musculoskeletal conditions and injuries. But one of his most unique patients is Giovanni Masters, 18, a Hickory High School student, aerial skier, two-time state medalist diver, and cliff diver, freestyle BMX exhibit rider based in Hermitage, Pennsylvania.

Masters visits Dr. Pyatetsky, a doctor of chiropractic at Pyatetsky Family Chiropractic on North Hermitage Road, about twice a month for visits consisting of 15- to 60- minute sessions of custom tailored therapies and spinal adjustments — all of which help him excel in a range of extreme sports.

[“Giovanni is always fun to work with because he pushes his body to such extremes; Its always a new challenge we are overcoming, or a new care plan we are initiating to allow him to achieve the next level in the sports he participates in.” –Dr. Pyatetsky]

Cliff diving, in particular, can take a toll on Masters’ legs, knees, and lower back. He recently completed a 125-foot dive from a bridge in West Virginia — a height that’s four times that of an Olympic high dive. (The impact from that jump is about seven times that of your body weight, says Masters.)

“It hits you really hard in your legs and lower back,” says Masters. “But Dr. Pyatetsky fixes me up afterwards.”

The recovery treatments that Masters receives from Dr. Pyatetsky are similar to those he gets at the Lake Placid Olympic and Training Center in Lake Placid, New York, where he’s been training with the free-style aerial development ski team for an opportunity to compete for a spot in upcoming Winter Olympics. Most medalists are in their mid-twenties.

Masters attends the camp for about eight months a year, where he practices jumps, spins, and flips on skis five days a week. In the warmer months, he does about 30 jumps on a water ramp from a height of about 40 to 50 feet every training day.

His training and recovery sessions have paid off. Masters is a three-time first team all-state diver, a two-time PIAA diving state medalist, and a two-time D10 diving champion. In 2018, he was invited to compete at the Junior Nationals in Park City, Utah, where he won the bronze medal for aerial skiing; a year later, he competed in the U.S. Nationals in Lake Placid, New York. His other hobbies include freestyle BMX biking and Parkour (i.e., street gymnastics), which he used to do in downtown Sharon, Pennsylvania, starting at the age of 10. Masters has been doing gymnastics and trampoline since the age of 4.

Behind the scenes, Dr. Pyatetsky not only helps Masters recover from his dives, he also encourages him.

Kids will be kids, Dr. Pyatetsky says. “I try to keep him rolling.”

Masters currently has hopes of doing bigger dives. He has plans to travel around the United States and all over the world next year, doing cliff jumps.

Posted in Education
Scroll To Top